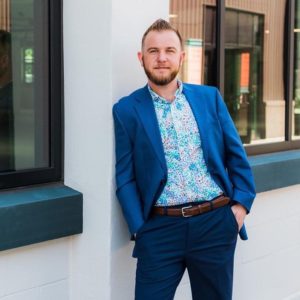 Daniel Long was born in North Carolina. His love for music began as a young child playing piano. Daniel went on to play percussion in grade school, Memphis Youth Symphony Orchestra 2005-2007, Governor’s School for the Arts in 2006, and the University of Memphis Drumline in 2006 & 2008. He started his color guard career marching with Memphis Sound Drum Corps in the Summer of 2008 and was granted the guard captain position in 2009. Daniel was a marching member of the competitive winterguard, Eklipse, from 2009 to 2012, and then served on the Eklipse staff as a choreographer from 2012 to 2014. Daniel loves coaching and giving back to the activity that has shaped him into the person he is today. In addition to his responsibilities at Ravenwood,  he runs his Real Estate Team, JDL Properties, an affiliate of Keller Williams Realty. Daniel is grateful that he gets to spend all of his time doing the things that he loves.