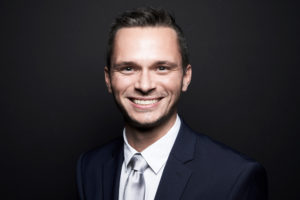 A resident of Franklin, TN, Daniel Vargason is a sought-after Educator, Arranger/Composer, Adjudicator, Designer and Consultant in the marching and percussive arts.

Daniel studied percussion under the tutelage of Dr. Julie Hill at the University of Tennessee – Martin.  During his time at UTM, Daniel performed with the Wind Symphony, Percussion Ensemble, UTM Skyhawk Marching Band and Jamaica Me Happy (a small-group steel band ensemble).  He served as both the percussion section leader of the Skyhawk Marching Band and principal percussionist of the UTM Wind Symphony while pursuing his undergraduate degree.  After completion of the Bachelor of Music degree, Daniel served as the Assistant Director of Bands and Percussion Director for McNairy Central High School (TN).  Most recently, he worked as the Percussion Director for Franklin High School (TN). Daniel has had the privilege of performing with prestigious groups, including Music City Mystique and the Tennessee Titans ‘Blue Crew’ Drumline.  He is also an active adjudicator throughout the southeast in both the indoor and outdoor arenas.

Outside the world of music, Daniel completed a second Bachelor Degree in Business Administration with a major in Accounting.  He previously worked in the audit practice at EY, a ‘Big Four’ accounting firm, and currently functions as a Manager of Derivatives and Financial Reporting at Eco-Energy, LLC.  Daniel also practices as an actively-licensed Certified Public Accountant for the State of Tennessee.

Daniel is a proud member of the Innovative Percussion family of educators.