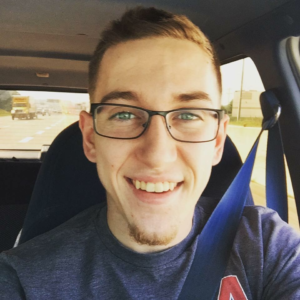 Griffin Cantrell is originally from Antioch, Tennessee and has spent a majority of his life around the marching arts, especially in Middle Tennessee. After graduating from Antioch High School, Griffin attended MTSU and was in the Band of Blue marching band for 4 years. He also spent time in both DCI and WGI. He marched his age out summer with the Madison Scouts Drum Corps, as well as Elysian, Eklipse, and Paramount independent Winterguards. Along with his competitive experience, Griffin also spent time as a performer and dancer at Busch Gardens Williamsburg in Virginia.

Griffin has assisted and instructed various groups around Middle Tennessee both as a marching/visual instructor and as a colorguard instructor.

Being a part of the Ravenwood band family and organization is a huge highlight for Griffin’s career, and he loves the program very much!