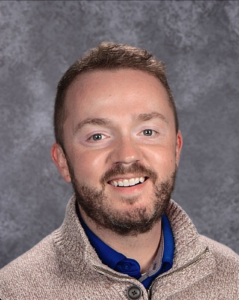 A native of Nashville, TN, Michael Rosson is in his 12th year of teaching public education. Currently, he is the Director for both the Wind Band and Orchestral Conservatories for The Nashville School of the Arts; an arts focused magnet school in the Metropolitan-Nashville area. He is excited to be joining the Red Team at Ravenwood aiding in both music and visual education. He has a decorated marching arts resume’ with groups performing in WGI A and Open Class Regional Finals, BOA Grand Nationals Prelims and Semi-Finals, and BOA Regional Finals. Rosson was also honored with a Certificate of Merit for Marching Excellence from the National Band Association. Wind Bands under his direction have received Superior Ratings in Concert Performance Assessment and Sightreading, named Tennessee Bandmasters Sweepstakes ensembles, and awarded the American School Band Directors Association Band of Distinction Award. In his spare time, he enjoys playing tennis, racquetball, golf, and experiencing new restaurants.