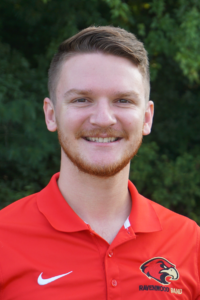 He began his band career as a member of the KMEA State Champion Paul Laurence Dunbar Marching Band. He then went on to earn his Bachelor of Music from Vanderbilt University in 2016. During his time in the trumpet studio at Vanderbilt, he performed as a featured soloist with the Blair Big Band, Spirit of Gold Marching Band, and won the 2016 Wind Ensemble Concerto Competition.  He also served on the Nashville Jazz Orchestra Board of Directors and as president of Phi Mu Alpha Sinfonia Music Fraternity.

After graduation, he performed across the country with the DCI World Champion Cadets Drum & Bugle Corps. Following the 2016 summer tour, he returned to Vanderbilt University to earn his Master of Education degree. During this time, he served as the graduate assistant and drill writer for the Vanderbilt Marching Band.

After graduating in 2018, Robert performed around the world with Royal Caribbean and Celebrity Entertainment before returning to Nashville. Robert currently performs with the Music City Brass Ensemble and spends his summers on staff at Music City Drum & Bugle Corps.